Gibson Assembly - How it works

It is a powerful tool for assembling DNA sequences because, regardless of sequence, it can be used to assemble multiple overlapping DNA fragments in a single reaction.

The disadvantages are the time taken to design and order primers, the cost of primers and that the assembly of very short fragments, repeated elements and sequences with strong secondary structures may be difficult/inefficient.

In this example 6 fragments are assembled, in order, into a plasmid backbone.

To do this, linear, overlapping fragments are produced by PCR amplification of each fragment (and the plasmid backbone) using oligonucleotides with 20-40 bp identity to the end of each fragment and a 20-40 bp 5′ “tail” with identity to the adjacent fragment. If a 20 bp region to the adjacent fragment is included in each primer then the total overlap region will be 40 base pairs. 40 bp is often reported to be the minimum overlap size for reliable success but you might get away with less. For the assembly of >5 fragments, or of large fragments (>2kb), longer overlaps (60-80 bp) nearly always result in a higher frequency of correct assemblies. Overlap regions must be free from strong secondary structure – this is the main reason that reactions can fail.

The plasmid backbone is usually linearised using an inverse (divergent) set of PCR primers at the point in which the new fragments are to be inserted – it is therefore possible to exclude a section of the plasmid from the assembly. If there are only a small  number of fragments (<3)and the fragments themselves are also small (<1  Kb), it is possible not to include 5′ extensions  in the primers used to linearise the plasmid backbone (e.g. the overlap for these junctions will be provided solely by the 5′ extension included on the primers used to amplify the inserts). 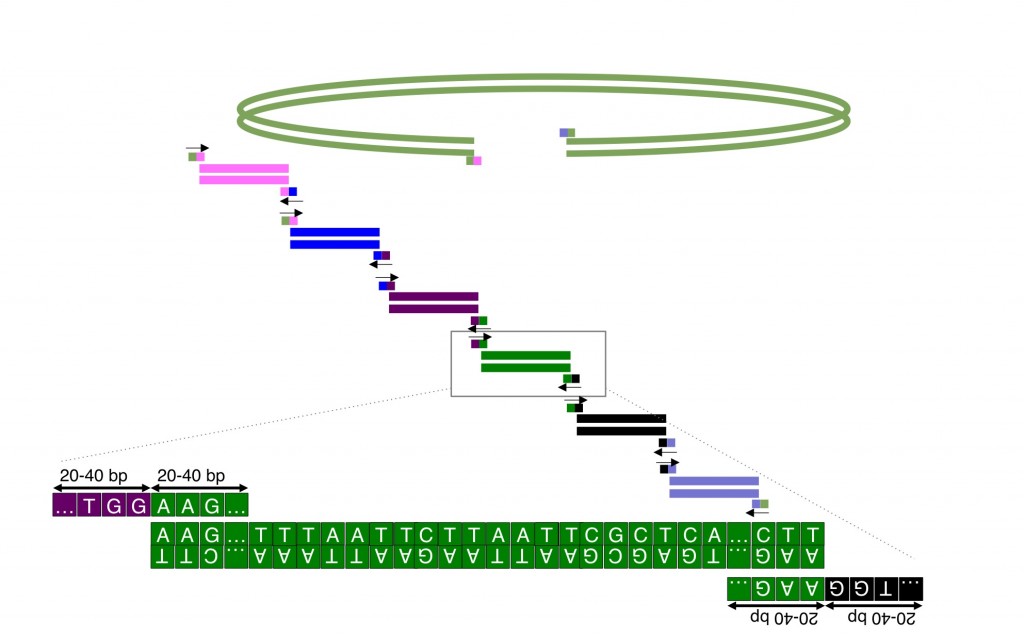 All the linear, overlapping fragments, including the backbone, are combined in a single reaction. Each fragment should be purified before inclusion in the reaction. The DNA fragments should be in equimolar amounts to a total of  20-200 ng. A recipe of the reaction mix is available here. 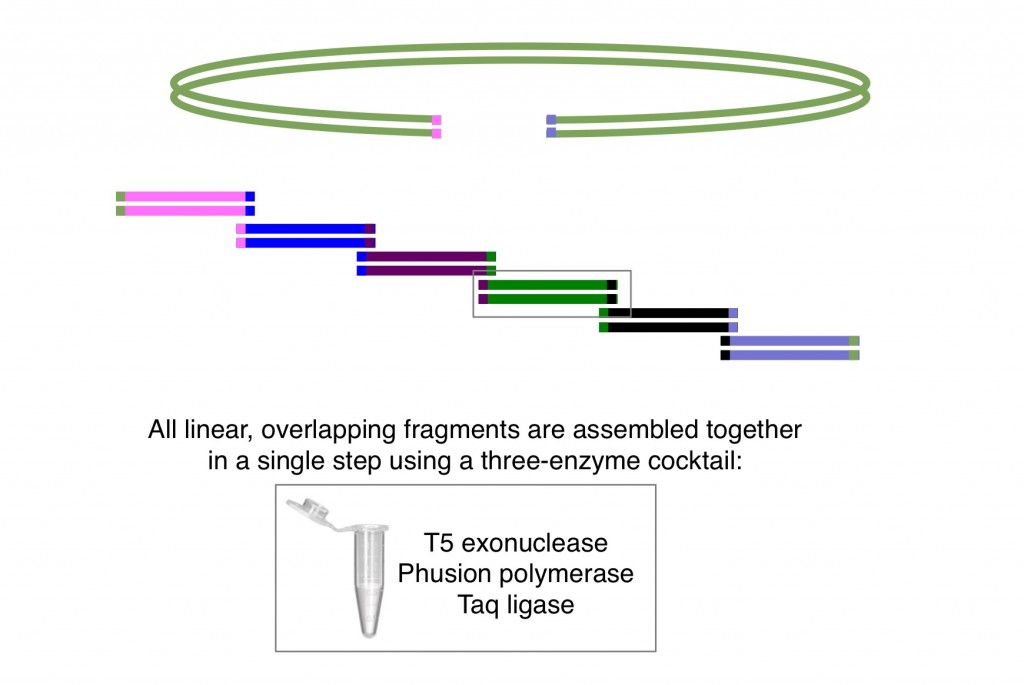 When the reaction is incubated at 50ºC, the T5 exonuclease will start to chew back the 5′ ends. This will enable the single-stranded annealing/priming of neighboring assembly fragments. Phusion polymerase will then extend the 5′ end and Taq ligase will close the gaps leaving a fully-assembled, double stranded molecule that can be transformed into E. coli. (NB – the reaction mix may need to be cleaned prior to electroporation). 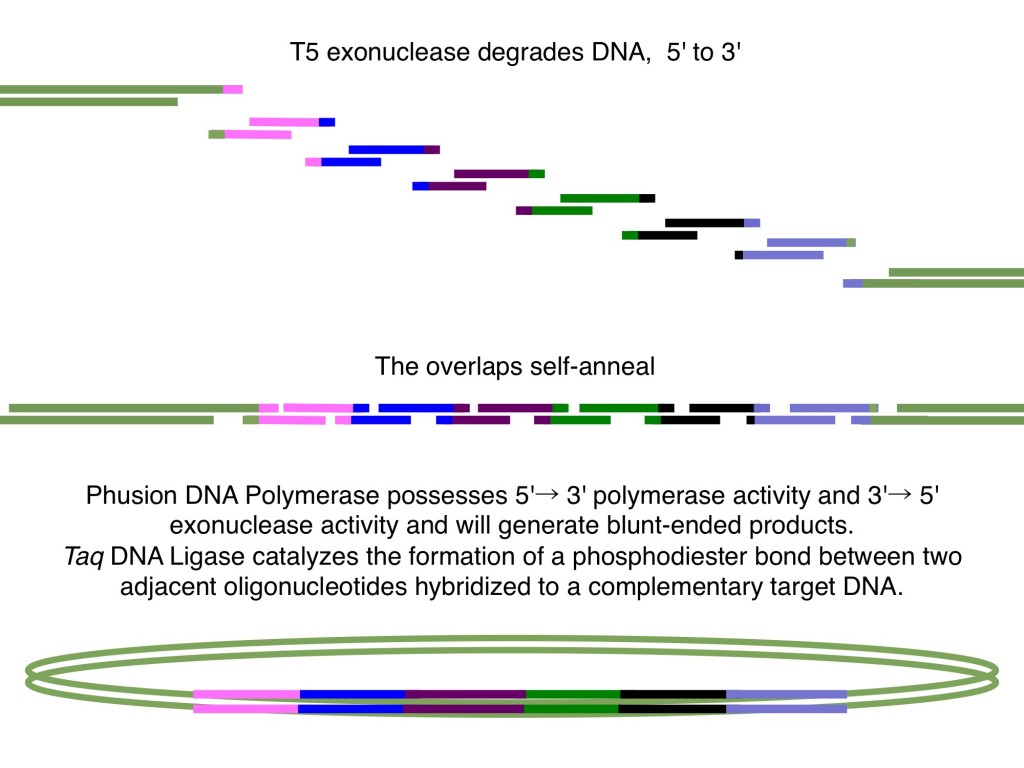